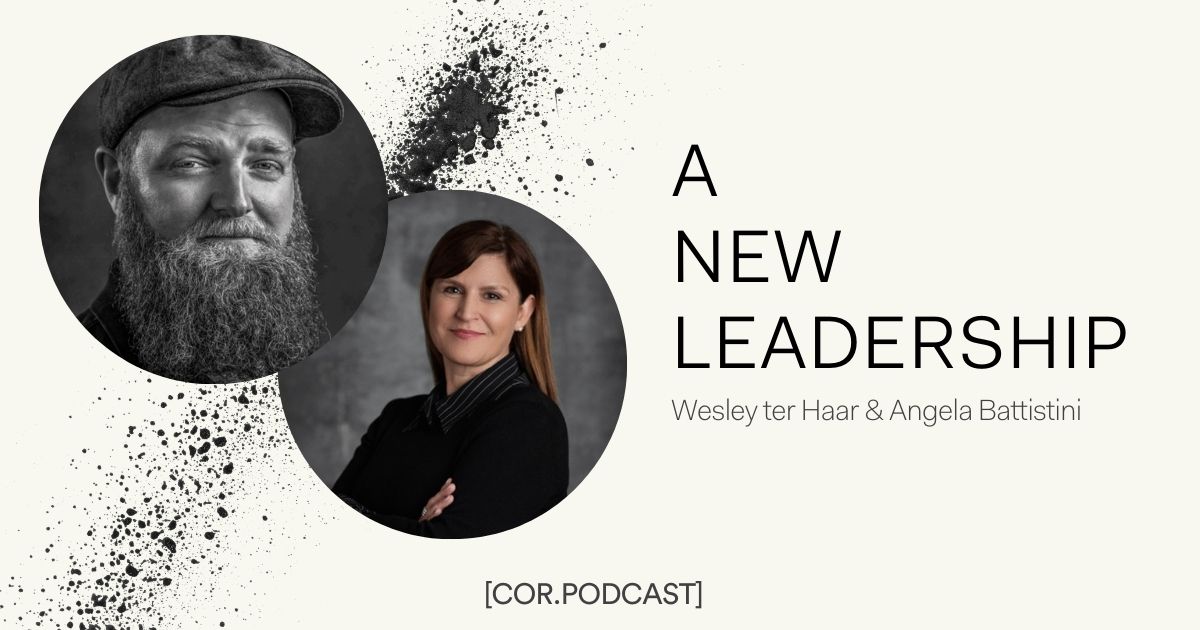 Exemplary leadership is something that nurtures and encourages the growth of an agency. We talked to Angela Battistini and Wesley Ter Haar, so they can share their experiences with us. Angela has over 20 years of experience in advertising, she represents Alma DDB, with over 86 awards under her wing and the nomination of “Best Agency of the Year” by Fiat, El Sol, El Ojo and USH Ideas. Wesley created MediaMonks in 2001, and today has 2000 “Monks” and 132 Cannes Lions. They have given us their vision on creativity, the change towards a collaborative and agile modality within the industry, as well as some keys when leading teams in a medium of great business growth.

The concept of the creative as a superstar is somewhat old-fashioned. It is strange that dramatic action proliferates in new teams, and it is preferable to leave these notions to award-winning narratives such as Mad Men. Both speakers agree that the new model that has emerged in recent years is one of collaboration and mutual support within agencies. How can team members be helped to grow and empower themselves in this new paradigm?

Wesley believes that stimulating creative talent requires opportunities as well as challenges. To achieve a guide that teaches and supports, but allows them to have failures, the Monk explains:

“With experience you know that an idea will not work, but if people do not learn that by themselves then they do not have the ability to improve in the work they do”.

The director adds that he sees an increased interest by creatives in working side by side with production and execution staff, which means incorporating an even greater range of possibilities for the entire team.

The Alma DDB representative agrees but emphasizes the importance of talent acquisition; within the agency they pay special attention to 3 core values when incorporating new people into their company: Great collaborators to work as a team; responsibility and performance, so that at the end of the day everyone is aware of the objectives and their own role in achieving them; and curiosity. Angela considers creative people as part of an ecosystem that generates ideas, therefore they take candidates from different places and cultures, always looking for: “Collaborators and accomplices, if I can call them that”. The lines that differentiate the multiple layers of the creative process are blurred, so the creation is shared with the media, digital agency or content teams.

One of the ways Angela has found to maintain motivation and encourage continuous learning from talent has been to make constant rotations. Currently they work on a project basis, allowing for a constant change of pace that allows for experimentation with various categories of clients and business challenges. They have multiple clients that have a special emphasis on continuity, this requires learning and a constant investment of resources by the creative. Alternating between client styles is a great way to diversify knowledge throughout the agency.

Meanwhile, Wesley considers that it is time to analyze the current model of digital creativity. He believes that it has become formulated and pre-formatted, depending on what the client requests, which ends up being a standard digital job. One possibility for creatives is to evaluate the digital and understand the absolute spectrum of what can be done with interactive spaces, with the incorporation of innovation and technology. “Instead of trying to put traditional advertising thinking into a modern book”.

MediaMonks is in the midst of a major growth process, incorporating over 850 people in just 6 months. Merging different teams and companies can be challenging, but they have found people with a similar business culture to their own, great entrepreneurs who need more than traditional networks can offer.  At a time when there are important structural movements within a company it is important to inform and notify the staff, as a large amount of uncertainty can be distressing for anyone. Disinformation can give a wrong feeling and interfere with the personal career of the talent. For the founder, the most important thing is to expand the employment possibilities in the career of human capital. All incorporated groups have a non-hierarchical structure, mostly managed by millennials, incorporating more and more Generation Z talent, “having all the qualities of a company that can be truly dominant in the next decade”.

The rotation of talent in advertising is a fact, not an opinion. The question is, how do you handle the constant change? Is it necessary to talk about “Talent Retention” in the current scenario, in which more and more deliverables are demanded for less and less compensation? ALMA’s SVP proposes a different approach, inviting a re-dimensioning of what loyalty implies. In principle, it clarifies that labor exchange is something that will happen, people are constantly looking for what is next. Within the agency they have strengthened their attributes and competencies compared to the market. They have managed to diversify the services offered and incorporated a greater understanding of the business side by their account executives, as well as offering highly competitive remuneration and a robust personal and business development agenda. Angela sums it up by being proactive, being ready and not allowing it to be a frustration, “It’s trying to keep up with the trends, and give people the opportunity to really participate and not feel like they’re missing out.

Is a good leader one who can support and enhance the strengths of his or her team or one who works hard to improve his or her business? According to Angela any business requires 3 elements: profitability, people and a good product. Within Alma they work with a Yin and Yang modality, with two co-presidents, each attending to their specialty, business and creativity. Understanding that it is necessary to be a profitable business in order to provide the most benefits for its employees, she finishes:

“If a company is not healthy, if it is not profitable; then there is an obvious limit to flexibility and the ability to choose what it does, what work it prioritizes, and its ability to sell it”.

Angela reminds us of the importance of being able to trace the hours spent on the work done, of providing as much value as possible. In response to the devaluation that the marketing and advertising industry has suffered.

For the Monk, there is a newer way, which implies a more youthful mentality, focusing on alliances, collaboration, and the search for new and inventive ways of operating. At present, MediaMonks operates outside of static hierarchies, without constant accompaniment by a manager. Within the range of teams that have recently joined, there are some that did not have much experience in business and thanks to the access to new tools and some support they have achieved a great improvement in their margins and profitability. “It is not the only thing we look at, as it tends to happen, because the things we look at, modern equipment, new ways of working, end up incorporating it”.

The performance of an area can be a reflection of the type of leadership used. For Wesley, leadership is a mix of being respected for the qualities one has, for being an honest, transparent person who does a good job and can solve problems.

“A good leader is one who can achieve corporate goals. I think it is important not to have a structure that confronts corporate objectives with the well-being of people”.

Metrics are evaluated, financial metrics, yes, but also those that deal with the happiness of the teams and the clients. There are many ways to analyze significant numbers, and a large part of that is part of personality.

Within DDB they conduct an annual company-wide survey called “The Voice”. It measures different types of performance and the motivations, desires, and work of each employee. This data is compared to other areas of the company and to other years, and is taken seriously to implement changes and policies across each department. An important point for ALMA DDB is the balance between work and life of its team, something very desired in the market by young talent. For Angela, leadership can be summed up as “seeing through the maze, providing direction, empowering your team, giving freedom to fail, freedom from chaos, and providing the necessary structure. It’s also about one-on-one relationships on a daily basis..

Angela is very vocal in her support of “over-communication”. In addition to annual surveys they hold quarterly agency-wide meetings and monthly management talks. The goal is to keep all parts of the company informed so that each person can understand where the company is headed, and what each person’s role is in that escalation. This is not only the way of the agency but also an answer to one of the challenges that the growth of an agency presents. Where there is a goal of scaling the business, where many of the people involved must face frustration and waiting. This is a way to sustain talent and avoid demotivation.

MediaMonks also has several offices in many countries and has seen exceptional growth in recent years. Wesley believes that they have not found a fixed communication style. They are seeking a balance between a somewhat informal but deep one-on-one dialogue and the need to manage information across 29 different countries without using “too corporate” methods that run counter to the style and mission of the company. They consider the issue of scaling up communication as they have done within the business area to be their current challenge.

A new era is dawning, one of leadership that complements honesty, transparency and support for all parts of the team. As certain businesses scale up, they allow for the incorporation of a diverse talent base that promises to open a new path of management models in the decades to come.

Are you really willing to sacrifice costs to win?

The right team for the right problem: Why is this relevant to all of us?