Anaplan Case: Scaling a Series A Company to IPO

We had the pleasure of speaking with Doug Smith, co-founder and executive vice president of Anaplan, valued at $8 billion in 2019, and COR’s most recent investor, which makes us very excited!. He also serves as a senior consultant at Silver Lake, a well-known investment group that has helped companies such as Twitter, Airbnb and GoDaddy.

Doug has a distinguished career managing and directing technology software companies, and because of that background, we believe he is the right person to explain how to scale a company, and the keys to investment rounds.

Describing Anaplan’s function is not a complex matter: a planning and management software, located in the cloud, that allows realistic models to be made and all of a user’s databases to be managed in a unified manner. What may be more difficult to understand is how it went from 0 to $8 billion in less than a decade.

In order to get into that question we must travel to England in 2008. Smith and Michael Gould worked at A. Datum, under Guy Haddleton as CEO. The founding trio was looking for an answer to a problem that plagued many: the time lost between databases and obsolete analog processes. The solution crystallized in Gould’s model, supported by an initial investment by Haddleton, and advice from Smith.

In 2009 Anaplan was already based in the United States, and began its first round of seed capital investment, where $5 million was raised by Doug’s acquaintances, Silver Lake colleagues, Guy’s New Zealand neighbors and London groups. It took two years of product development before it was launched. Their first customer was a Slack partner. By 2011 they already had a large and select portfolio of clients such as McAfee, SalesForce and Pandora. At the same time, they continued with the entry of series A investors, with a high return on investment.

It is at this stage that Smith really began to acclimatize to his buyers. “The user was a person whose life revolved around building complex database models. Anaplan’s design managed to simplify that process and allow for scalability. For the clients, it was very important for someone to understand the multidisciplinary need for a platform that would be a true solution for their operations.

The road to scaling

Smith explains that one of the primary qualities for scaling a business is “expanding the field. In order to raise it to magnitudes where it can be allowed to be transferred to a public offering. There are three ways to do this:

-Geography; this way is to establish oneself as a problem solving product in a particular area. If we achieve a superior position in the market, the heads of the region will ask themselves: why aren’t we using this product in all our offices? To give an example: Smith comments on the case of Kimberly-Clark, the company’s first client was based in Russia, dealing with a complex project to position the brand in that country. Then they started using the software in London and Dallas, to finish with the globalization of the system in all their offices. In other words: from a $25,000 user case to a $5 million annual client, in a year and a half. “You don’t have to use it for just one area, but for all the offices”.

– Multiply the user cases; in this way the objective is to allow technology to solve multiple problems in different areas of the same company. Not to get involved in a single issue, but to focus the product to solve derivative conflicts related to the base standard platform.

– Multi-industry; it is extremely important to be able to apply the technology to a variety of industries and not get stuck in a single market area. Of course, it seems impossible to present solutions for the problems of every corner of every market. Although it is complex, it is possible to diversify the usefulness of the tools offered. It may be necessary to introduce consultants, to be able to isolate the valuable technological element at the base of the product, and replicate it with other dimensions to integrate it within other industries.

From Series A to IPO

During the first round of investments in 2009, the people involved were friends and acquaintances of the co-founders. Those who invested smaller amounts benefited, such as Smith’s sister-in-law, who came in with $10,000, obtaining a return of almost $1,000,000. Adding almost 60 names to the list of investors was enough to start the growth of the company.

Towards 2011 the B series began, by then the company had a payroll of 35 employees, distributed over 3 continents. Smith recalls Sequoia’s interest in entering this round, prevented by two of the younger partners. They decided to allow Shasta and Granted Ventures to be part of this round. By the end of this instance they had approximately $11,000,000. Smith points out that they were “companies that really understood the product, its potential and its profitability,” which is why they were selected to participate.

The company started to climb. Diageo, one of the largest users, decided to move its entire promotion system to Anaplan, signing a 3-year contract valued at $2.4M. This was also the case with McAfee, who expanded their use of the system for various business planning models. Another 3-year contract, this time for $3M. These are just two examples of a phase in which the company began to have more and more users, climbing quickly. “Benchmark, Sequoia and Bessemer were all after us,” Smith exclaims, but it was Meritek who managed to sign Anaplan with a $200M contract.

Salesforce, a previous client, entered as an investor with one million in the C series, during 2013. Series D was led by Code2, Bain Capital, DFG, and Salesforce again, accumulating a round of $870M. Two years later, by 2016, he started Series E. “We probably shouldn’t have done it, we could have opened up to the public, but I had to make a decision about the team,” Smith recalls. Before the public opening began, the board of directors was busy reorganizing Anaplan’s internal management team.

In October 2018 the company began its public journey, with a valuation of a couple of billion, at which point Doug Smith left the reins to the current CEO, and sold his shares in 2019.

How to lead such a large process?

“Your business is going to change every 6 months, you have to be able to accompany it”, explains the investor. If you want to replicate a model with an escalation of these dimensions you have to be ready to face all the changes that this implies. Being in a hyper-escalation implies constantly reinventing oneself. In order to develop at a structural and technological level, the management team must be strong and very precise in its work, besides having a particular ability to adapt.

The development sector must be able to scale the product, while designing new use cases to bring in new users. “There are design architects and scale architects”, distinguishes the investor, focusing on the importance of knowing how to hire the type of particular architect for the phase that the company must go through. Smith reminds us of the importance of listening to the client, and not losing sight of the objective for which the company exists. “Why are we here? to help others to better manage their own business. Listening to and learning from customers is extremely nourishing for anyone developing any product.

At this time Smith is dedicated to investing in companies that have a real solution for the user, who present a useful product, where you can also see clearly the return on investment. One of his last bets has been COR, and Smith emphasizes that a growing software company must: “Take different aspects of their clients’ work and transform them into defined rules that are then refined by understanding how those rules interact with each other. Allowing a group to understand how to get the most out of it.” 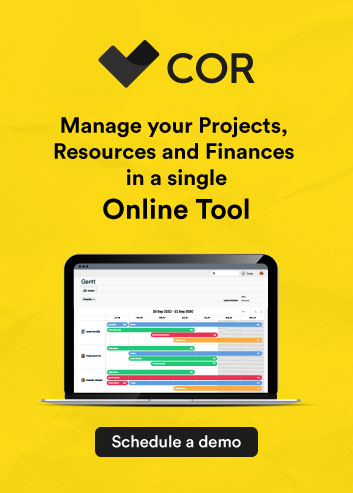