At COR, we are excited about the addition of Doug Smith, co-founder and executive vice president of Anaplan, to our team. Doug, we extend a warm welcome to you and are proud that you are supporting our solution in your new role as an investor.

Doug has helped millions of users improve their business plan development, evaluation and implementation management since co-founding Anaplan in July 2009 – a completely secure and efficient cloud! He is also a senior consultant at Silver Lake, a well-known company that has invested in companies such as Twitter, Airbnb and GoDaddy.

Doug’s career is based on the management of software companies, he has been a pioneer in developing technologies that streamline and improve the practice of business operational growth. He led a remarkable way as an Operating Partner at Symphony Technology Group, a private investment firm. By 2007 he worked closely with multiple companies from his role as Global Director of Operations at Capco.

At the turn of the century, he was at Mercury Interactive, an infrastructure software company, as executive vice president. During his tenure, the company improved its annual growth by 25%, from 15M to one billion, before it was bought by Hewlett Packard in 2006.

During the 90s, Hambrecht & Quist, in conjunction with other San Francisco studios and bank investments, promoted the launch of “Internet 2.0” by companies of the caliber of DoubleClick.

His experience investing in technology and developing Anaplan matched him with a similar user base to that of COR. After a successful trajectory the investor decided to support projects of great utility, where value can be added, and where a strong yield potential is seen. In Doug’s words: “You are solving a big business problem, which has been faced in an analogical and cumbersome way”.

Thanks for betting on COR!

Team COR
COR is an online solution for creative and professional teams to manage projects, resources and finances in one place.
Recent Posts 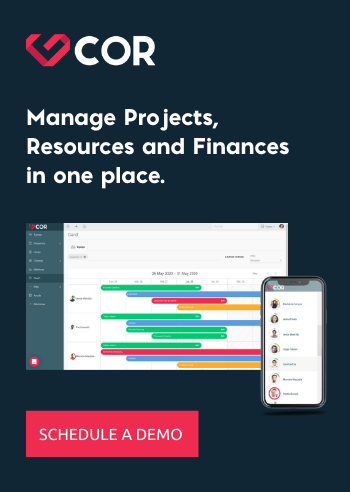