Marvin Liao and Automation in Advertising 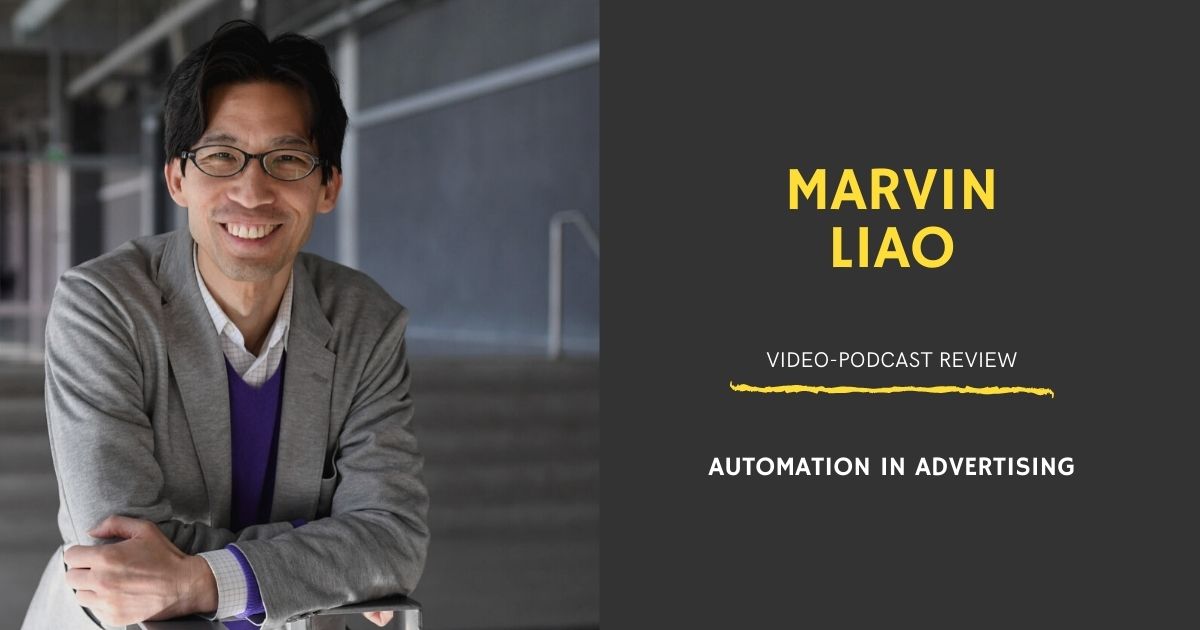 Attempts have been made to adjust the landscape after the global pandemic took us by surprise months ago. Having spent some time collecting and observing the data obtained, it is not possible to predict where the market will fall, but you can hear the opinion of experts in the area to place us on a new business board

Marvin Liao is a specialist investor, with 25 years of experience reading the network generated by the market, the crisis, new technologies and advertising. Liao, former partner of the 500 Startups investment fund, mentor of more than 40 companies and former executive at Yahoo! achieved a wide understanding of the internal movements of Silicon Valley, the most frequent mistakes and successes in those who are starting their company.

In his 10 years at Yahoo! he experienced the company’s second major boom and subsequent decline, an experience that may have shaped his view of crises and his ability to make it a great opportunity. Liao is not unaware of the terrible reality of this moment; many people have lost their jobs and the market is destabilized, but he argues that the areas that will see a decline in his forecasts for these years may have experienced them for other reasons. If it was not the pandemic, another threat would have appeared.

Liao invites you to take this moment to rethink how business is handled in advertising agencies and other areas, and change it completely. Until this moment it was stylish, being able to get cheap labor, to solve the problems with more employees, with more working hours, when in reality it is better to look at the problem itself. What things can be optimized, what jobs can be automated? And thus freeing up attention to devote to the real expertise of the company.

He recognizes that in times of recession the first thing to be cut is human capital and real estate, as they are usually the biggest cost in the budget. So companies are looking for ways to minimize these costs, in industries and warehouses with robotics, or in the area of advertising and marketing with artificial intelligence dedicated to targeting and data evaluation.

Liao feels that innovation in this area has already been exhausted and proposes that the new frontier of technological advances in marketing be the automation of creative processes. An area where many hours of work are dedicated, of creative people on the company payroll or freelancers, but this results in a product that is complex to price and to be able to charge according to the work it requires. Whether it’s with improvements in design technology, making it friendlier and easier to repeat, or automating advertising. To do this you should evaluate what the processes of the company are, then see how the human resources are, how they should be managed to be able to devote themselves to the activities that have a greater value.

The investor realizes the benefits of specialization of tasks and processes, locating in this issue the problems faced by large advertising agencies. Large companies will always have a percentage of their budget allocated to advertising, but direct and specialized marketing is gaining ground by leaps and bounds. The consumer market has changed dramatically. Today more than ever it is of utmost importance to be able to understand the consumer, how it has changed, how the product should change and if necessary look for another consumer sector.

Where there is a need, a new model is born.

The current context demanded the advancement of teleworking at dizzying speeds, it is no coincidence that tools that help remote work have risen vertically. He highlights the industries that clearly saw the rise, such as ecommerce, telemedicine solutions for non-urgent consultations, software for business management and for industrial supply chain control. And others that are less obvious, but which also saw an increase in the demand and importance of their activity. Liao points out two areas with growth and interesting advances for the marketing and advertising areas: social networks and media, and gaming. Not surprisingly, with people spending their free time at home, the use and view of video games has changed. The renaissance of these industries proposes a wider field to explore the advertising repercussions within a product that has an expansion to new demographics that previously rejected them.

Thanks to two decades of experience investing in startups, Liao defines two of the most important attributes a company can have to attract investors:

1) Solving a problem for a large market

Furthermore, it expresses that those who generally have the capacity to generate the first point are those who have a genuine interest in the subject, who are drawn by a mission. Likewise, those who only want to sell the idea of a company in 2 years, usually do not have the strength to carry it out. This is pushed by a united team that has to know about the market, the technology they offer and their design.

Liao says that from each crisis the adoption and development of new technologies skyrocketed. For this he puts forward two interesting ideas. First, he says that in times of economic stability, companies do not take risks for fear of breaking the status quo, but when an expensive matrix, now impossible to sustain, is discovered, new ways of lowering the budget are tried. And it usually works. In addition, because of the current reality in which many companies reduce their staff, a plurality of qualified professionals suddenly find themselves out of work. Some of these people with more free time on their hands manage to come up with a good idea to launch a product that is a real solution to problems they have experienced.

A recessionary phase is an unfruitful terrain for those seeking to buy and sell ideas without traction and without mission. Then in the area of development, there are only players left who have good ideas with concrete solutions. Liao says he is scared about the next few years, but excited about the possible technological advances that may emerge.

You can see the entire video-podcast here: